A hundred million years ago, within the asteroid belt between Mars and Jupiter was a collision between a rock among the asteroid belt and one of a different trajectory. This collision caused rock fragments to be scattered, with one of those pieces directed at earth. After it’s 100 million year journey, this asteroid by passed all other space rock and the earth’s last line of defense, the moon. Dropping into earth’s atmosphere burning hot and bright, brighter than a million suns, this meteor impacted the earth in the shallow waters of mexico causing what we call the Yucatan crater.

The Yucatan crater also called the Chicxulub (Cheek-sha-lube) crater is an impact crater buried underneath the Yucatán Peninsula in Mexico. Named after the town of Chicxulub, near where the center of the impact occurred, this crater was formed by a large asteroid or comet crashing into the earth. The asteroid responsible measured 6.2 to 9.3 miles or 10 to 15 kilometres in diameter. This impact had the force of 100 million, million tons of tnt or 10 billion Hiroshima bombs. The asteroid dug down 12 miles or 20 km into the earth’s surface which soon collapsed as the heat caused the the surface to act almost as a liquid. Like a single drop of water hitting the surface, the impact pushes down then pops back up greater than the surface of the water, in this case it is estimated that the central uplift made up of sand, rock and water rose up to be 6.2 miles or 10 km tall. After the impact had settled, it left behind what is called peak rings which are formed by the uplift material collapsing down. The Yucatan crater is the first example on earth that has been found to show peak rings such as the ones seen on the moon, mercury and mars.

It was Discovered by Antonio Camargo and Glen Penfield, geophysicists who had been looking for petroleum company in Mexico. They had noticed a ring of cenotes or sinkholes in the ground that cast a circular arc throughout the Mexican jungle. Later, NASA’s Shuttle Radar Topography Mission revealed part of the 110 mile or 180 km diameter ring of the crater.

The time of impact coincides precisely with the Cretaceous–Paleogene extinction period 66 million years ago. The dinosaurs stood no chance of survival as a cloud of vaporized deadly gypsum was sent into the air. The thick cloud blocked out the sun causing most life, including the dinosaurs to be baked by surface air temperatures of 300 degrees Fahrenheit or 150 degrees celsius. Had this impact been minutes earlier or later it would have likely landed in the ocean which would have vaporized mostly water. While still catastrophic for the planet, the dinosaurs would have still survived. The collision was so strong it is estimated that 75% of plant and animal species on Earth became extinct, including all non-avian dinosaurs. It is also believed a massive change in climate was caused by this impact. Most species that survived were underground or underwater animals able to escape the heat and destruction caused by the asteroid.

Ferns being an incredibly resilient plant were the first to bloom in profliifc amounts across the globe. The same rings true today, after a forest fire, ferns are often the first plant to grow among the ashes. Though it would take millions of years for the planet to recover, this event paved the way for the rise of humans. 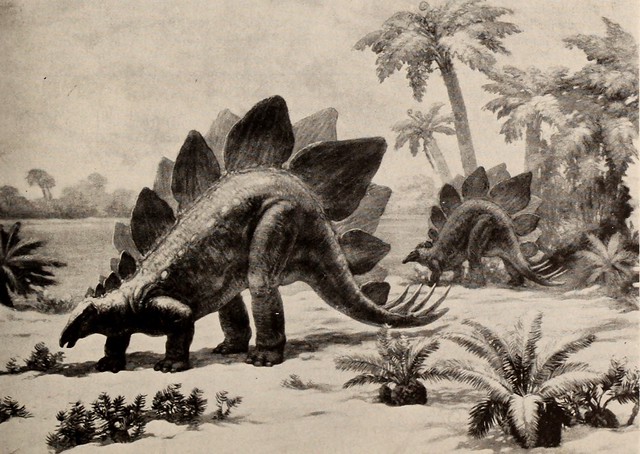 Check out some of our other videos:

Support TTL by using our amazon link: http://amzn.to/2dQQ4nu
Subscribe to our channel! → http://bit.ly/subscribe_to_titantoplist

Intro music thanks to Machinmasound:
Rallying the Defense:

Titan Top List is a participant in the Amazon Services LLC Associates Program, an affiliate advertising program designed to provide a means for sites to earn advertising fees by advertising and linking to amazon.com
Video Rating: / 5

This article has 8 comments